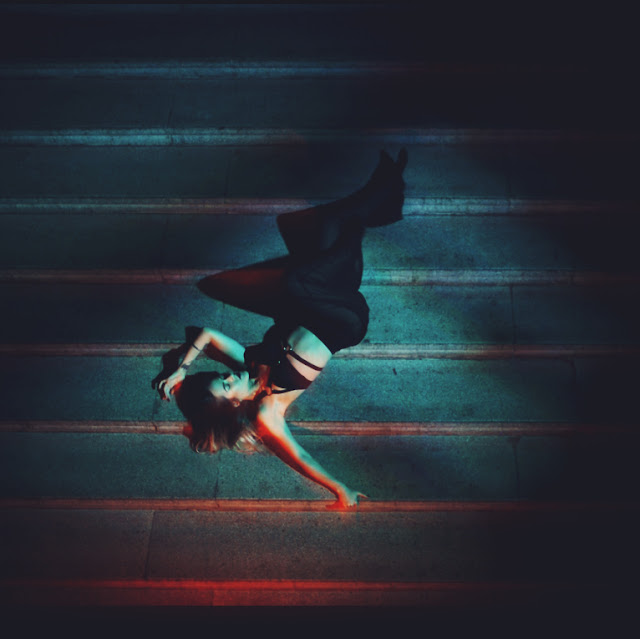 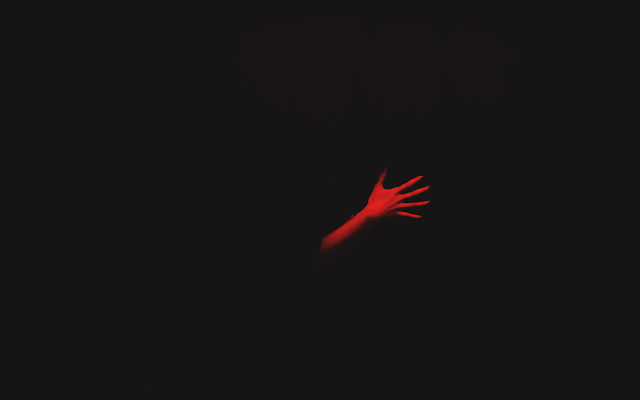 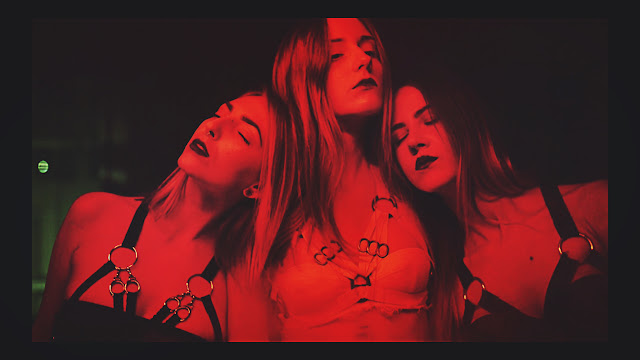 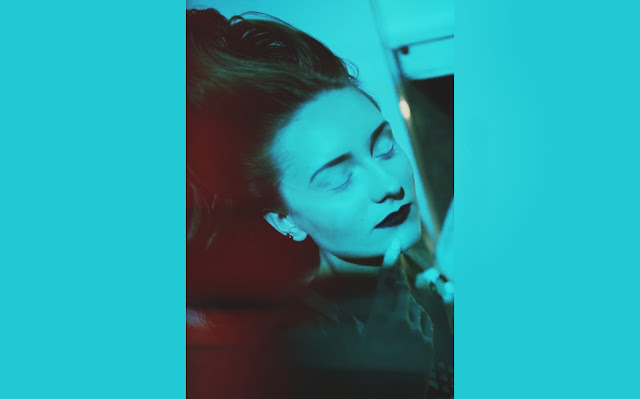 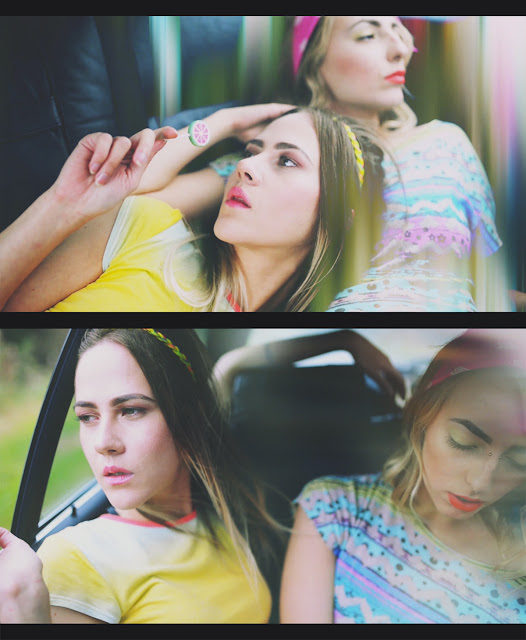 Happy March! This bleak winter seems to never end. I threw my coat(s) off to snap a few quick photos of my outfit underneath the layers of overclothes.
Bra - Zaful
Fringe necklace - Zaful
Top - H&M
Maxi vest - Boohoo
Belt - Asos 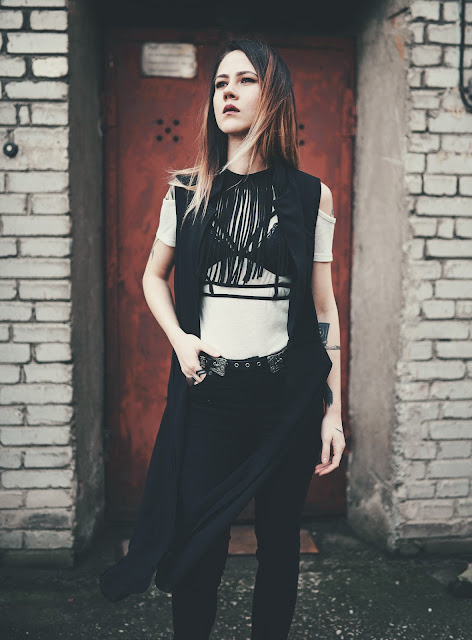 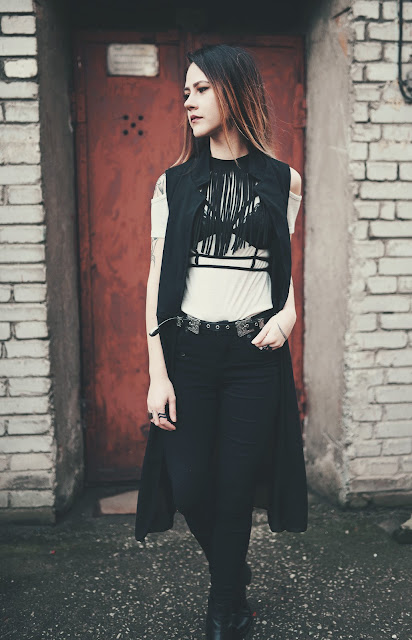 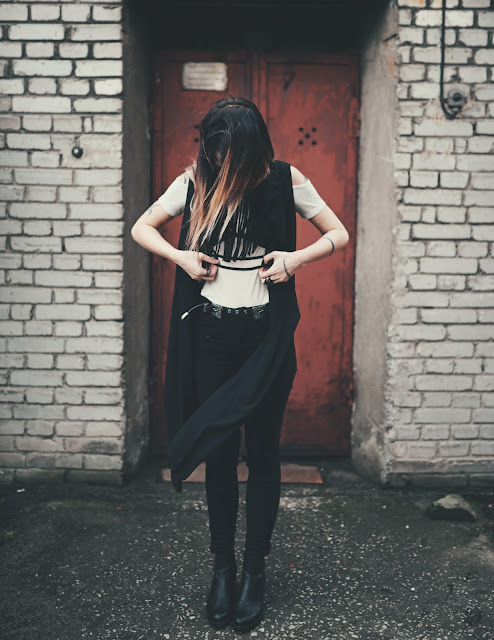 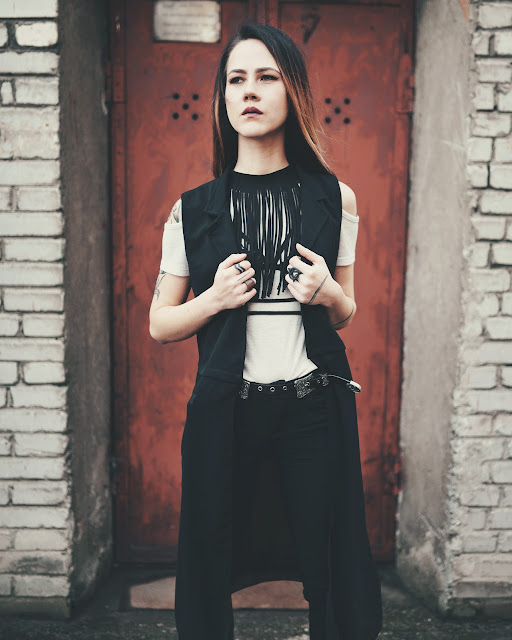 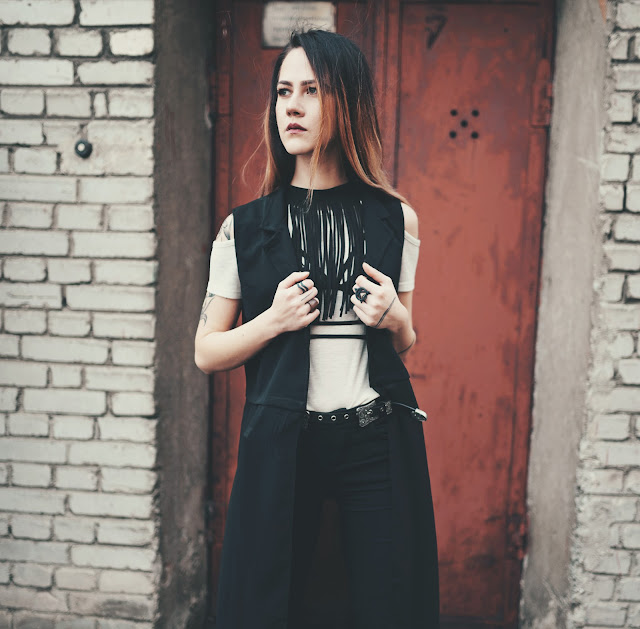 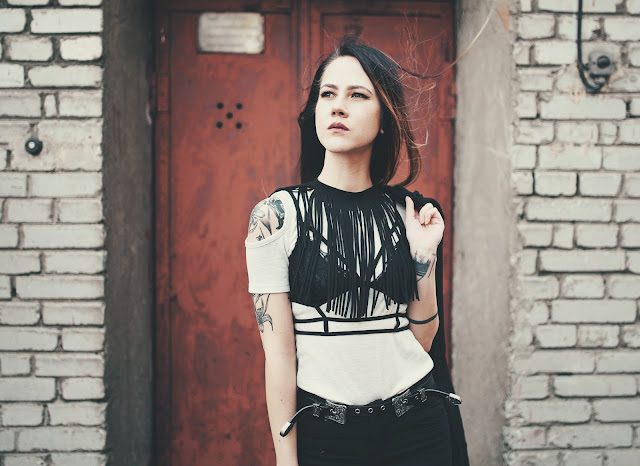 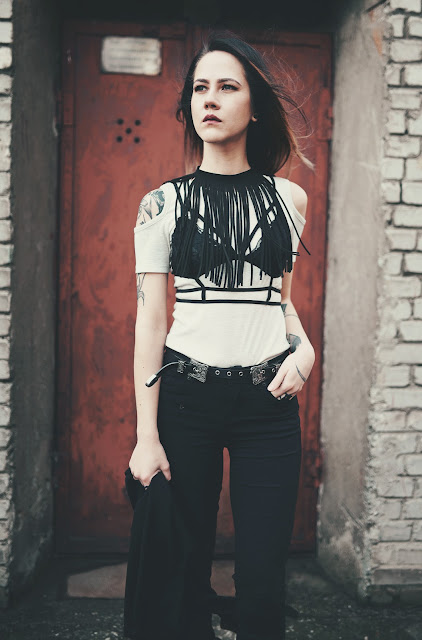 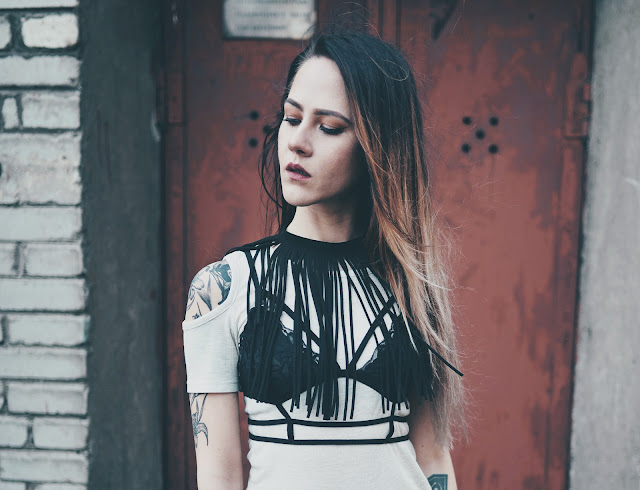 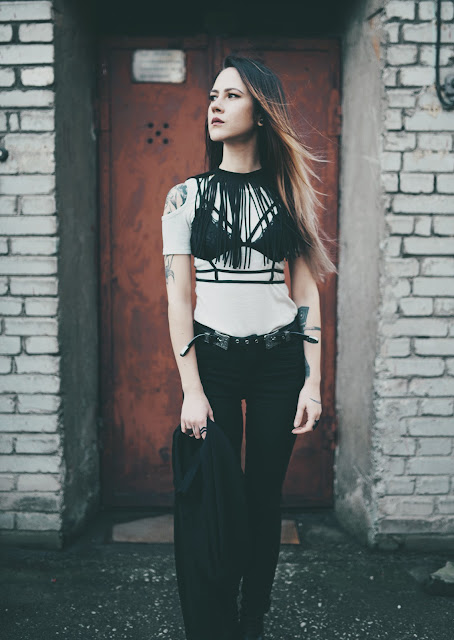 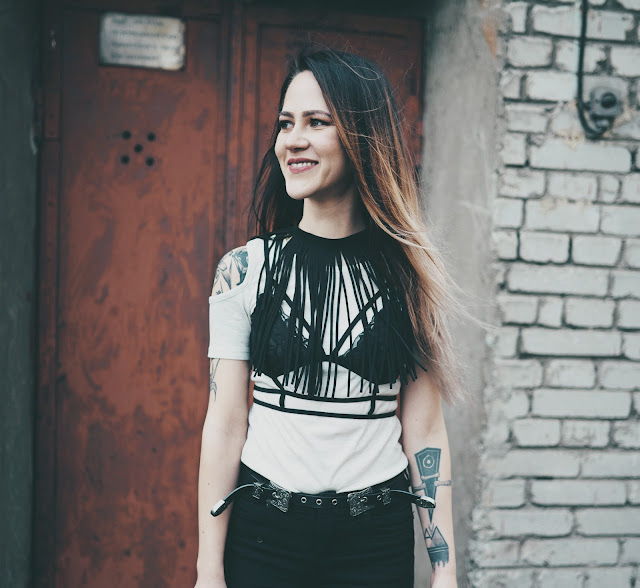 ...and back to my more usual very serious self. 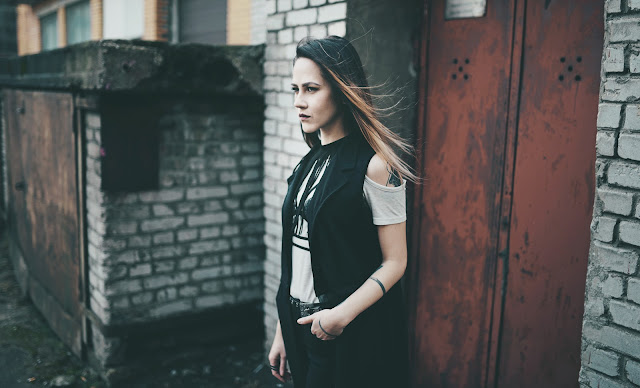 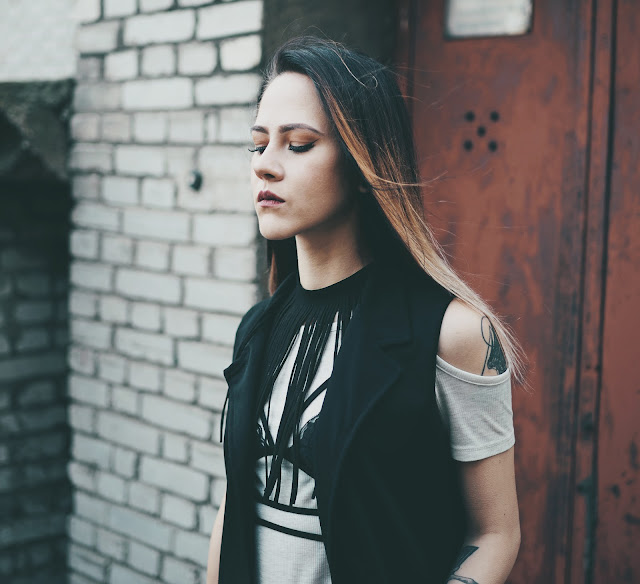