So, I visited three manors yesterday (two of them abandoned) with my friends... One of them was Riisipere manor - once a luxurious example of Estonian classicist architecture is now in a dreadful condition and looking for a new owner, who will have to have a lot of willpower and financial resources to help the estate regain its lost glory. We met the man who takes care of the building by chance and he let us in to take a look and snap some photos... A sad and beautiful sight. Also, Estonian pop stars Kerli and Iiris have both shot a video in the manor... our guide mentioned that the local bums always break into the estate after a video shoot is over - hoping to find some valuables left behind. There was also some trash, alcohol bottles etc inside, because young punks often break into the manor to drink and do drugs. 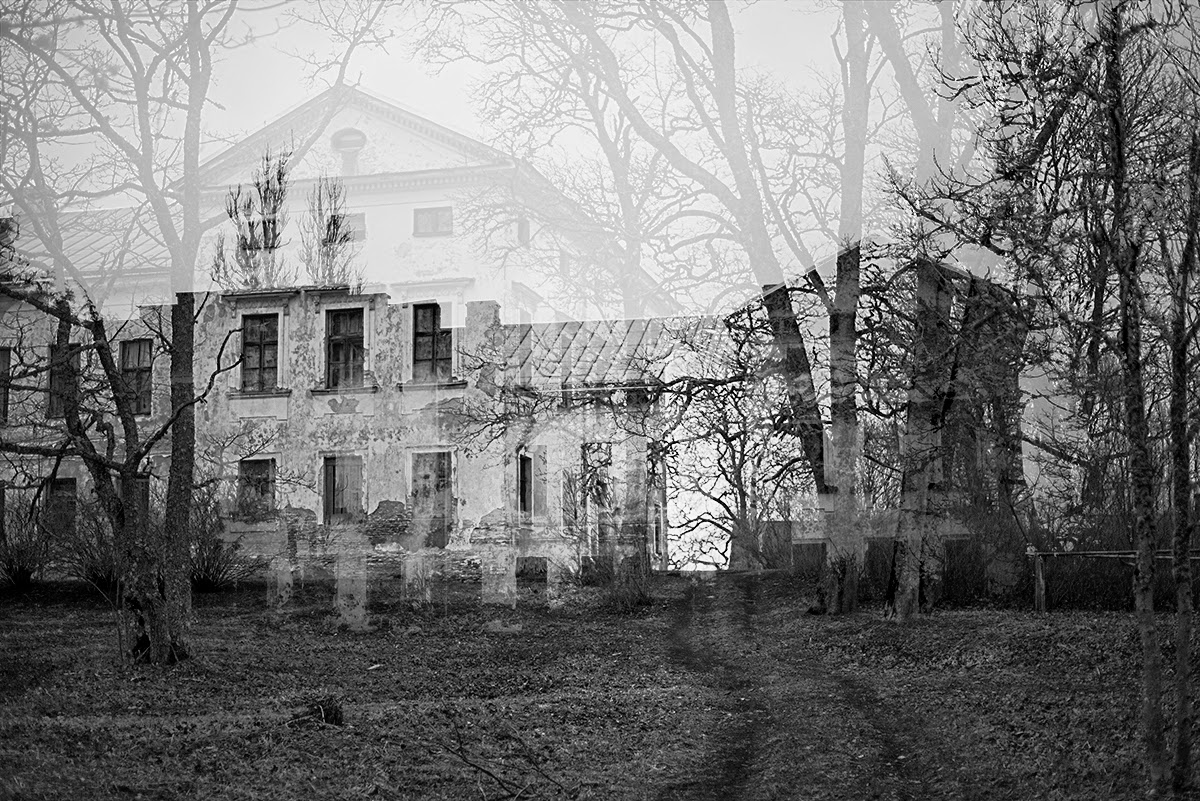 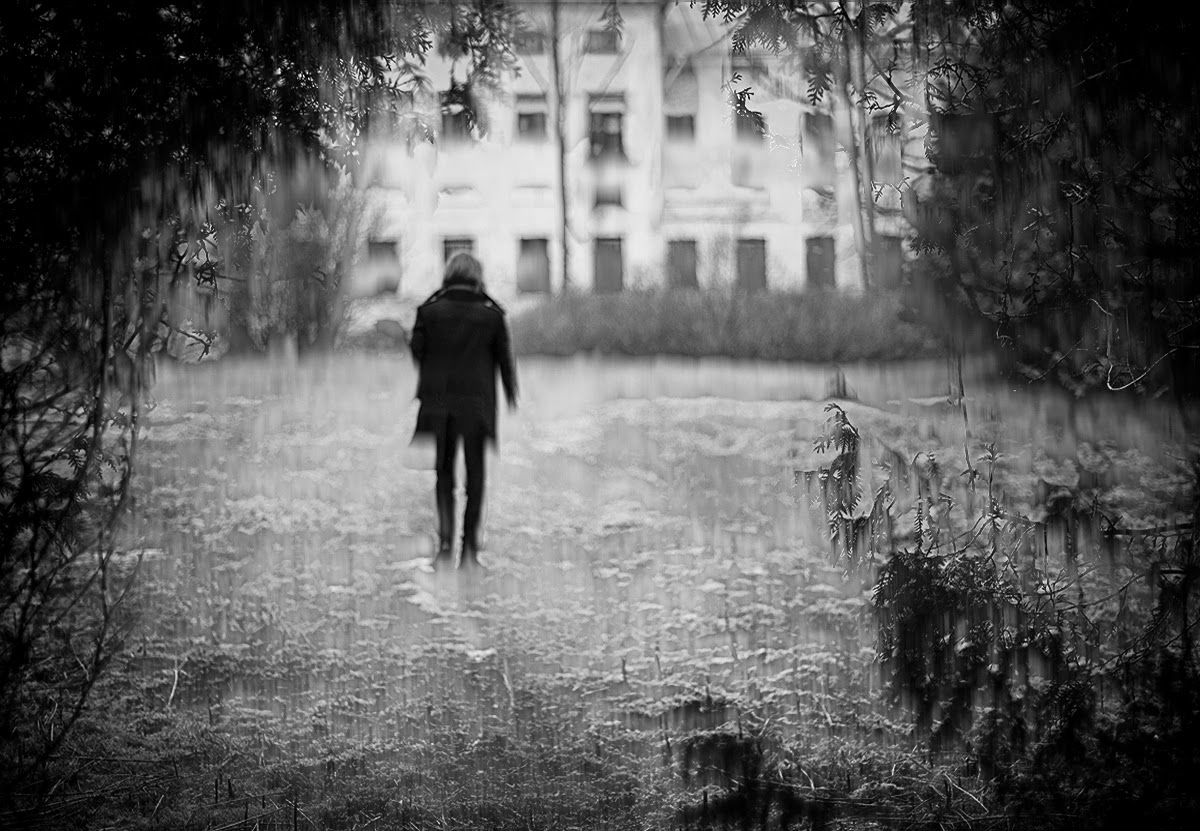 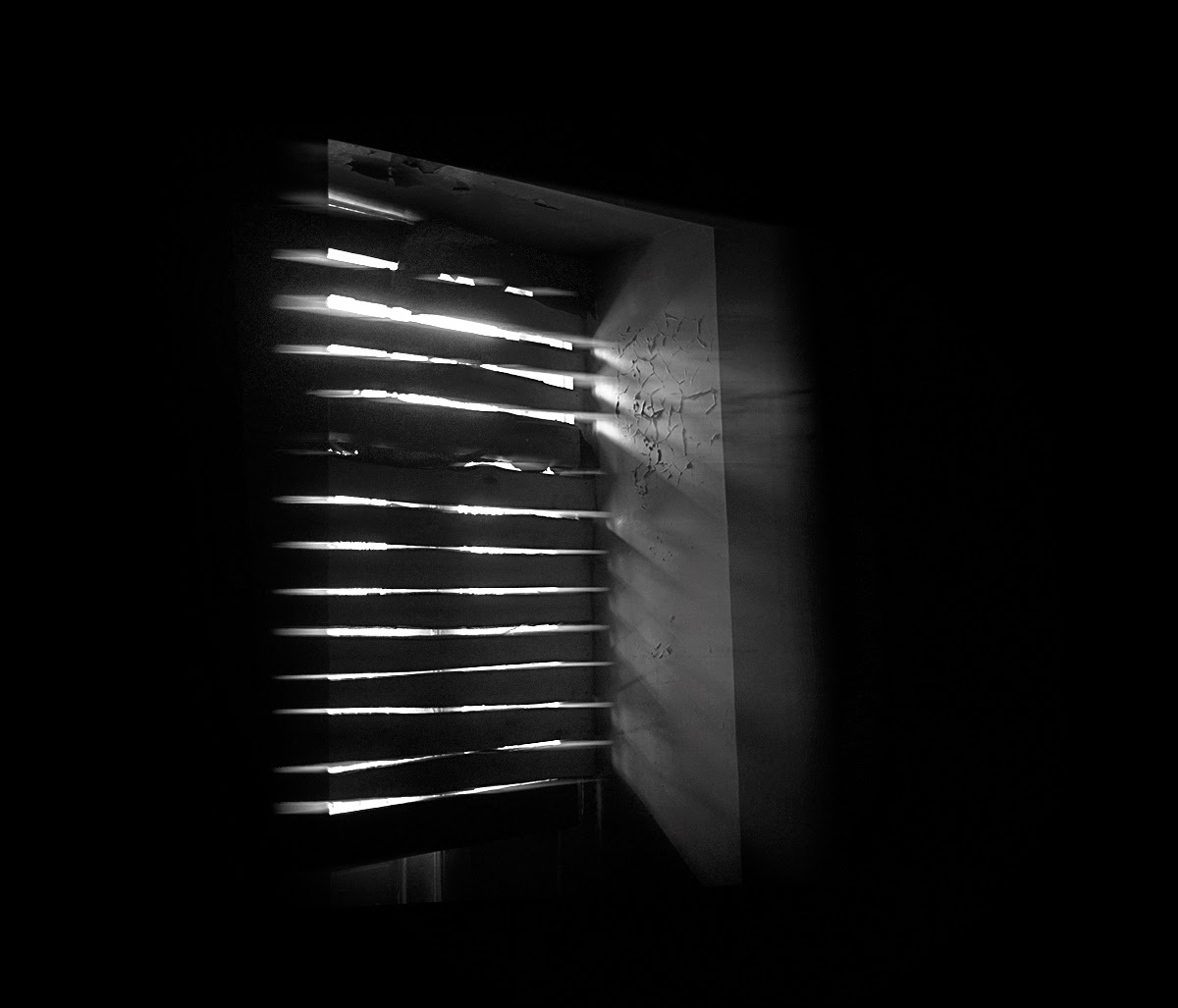 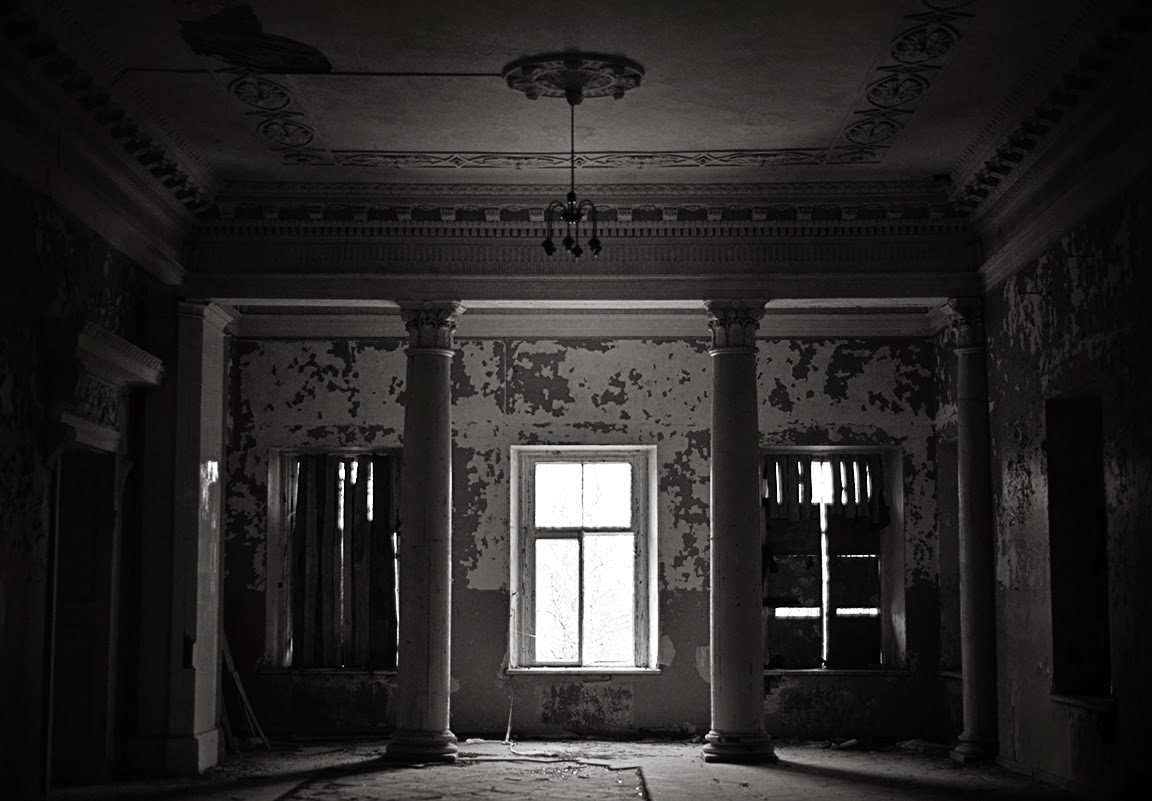 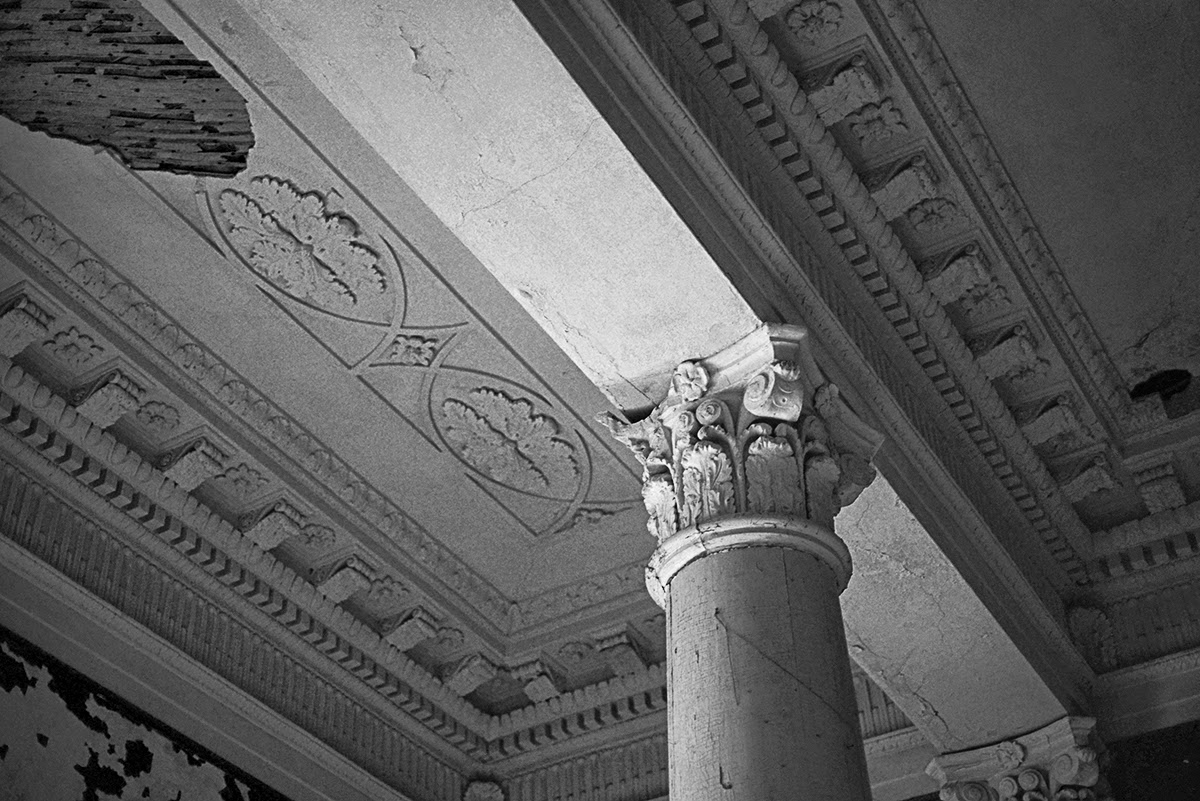 And then there was Leetse manor, which is completely in ruins. By the time we reached it, it had begun raining and the weather was so bleak and grey, we basically decided to cancel our planned photo shoot and take a few simple pictures instead. We had already drank Irish coffees at Padise manor café and we were in a jolly mood. 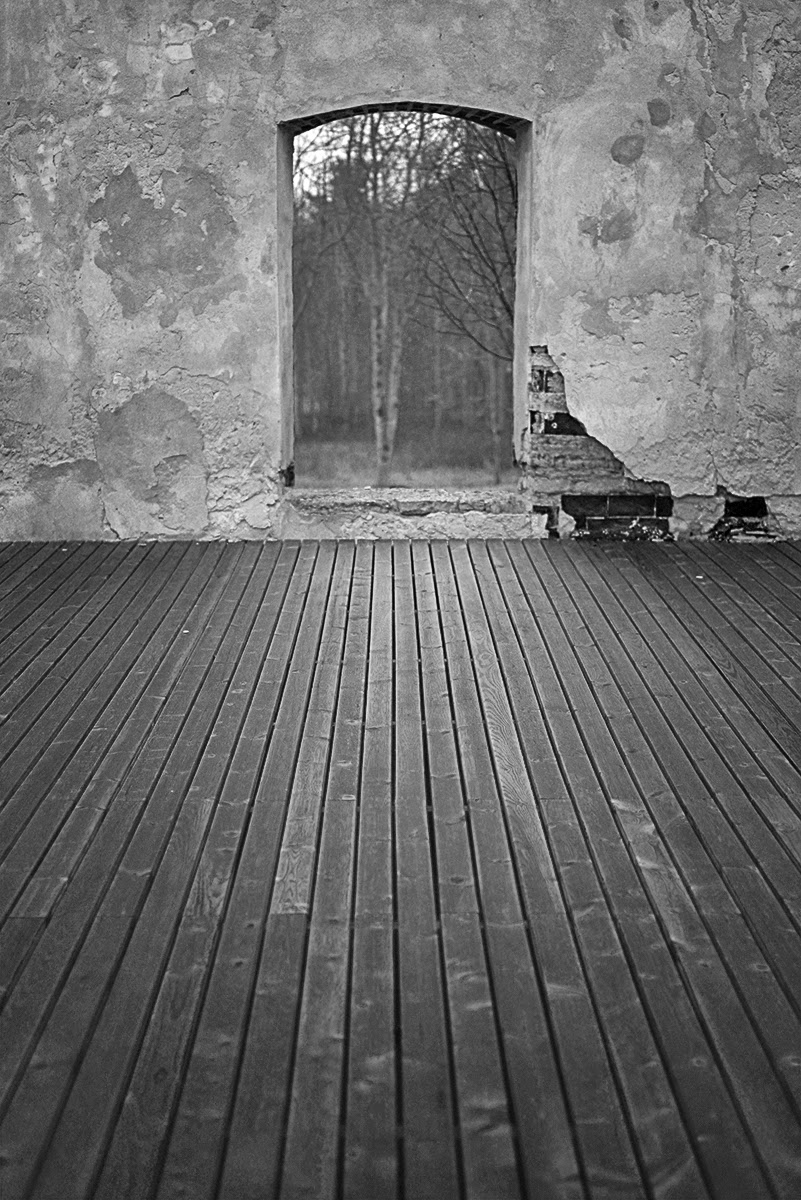 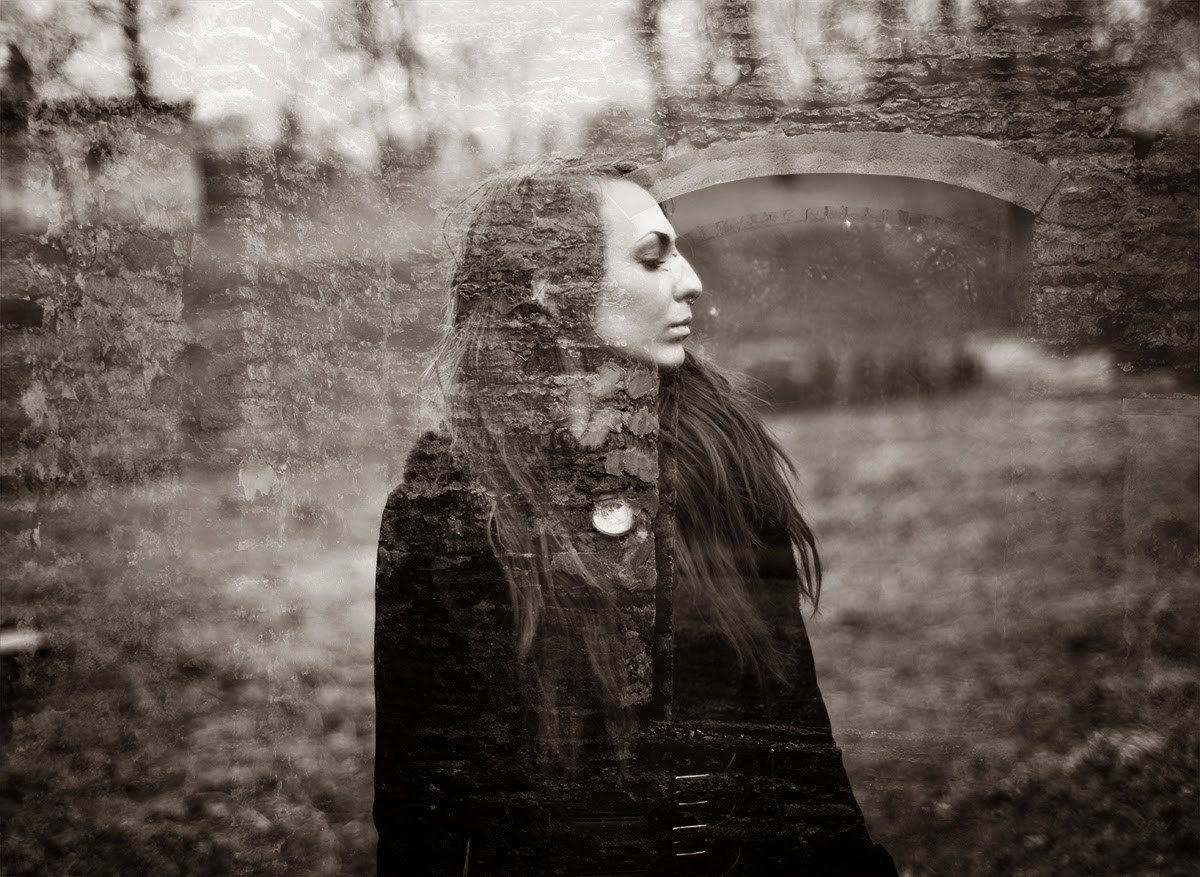 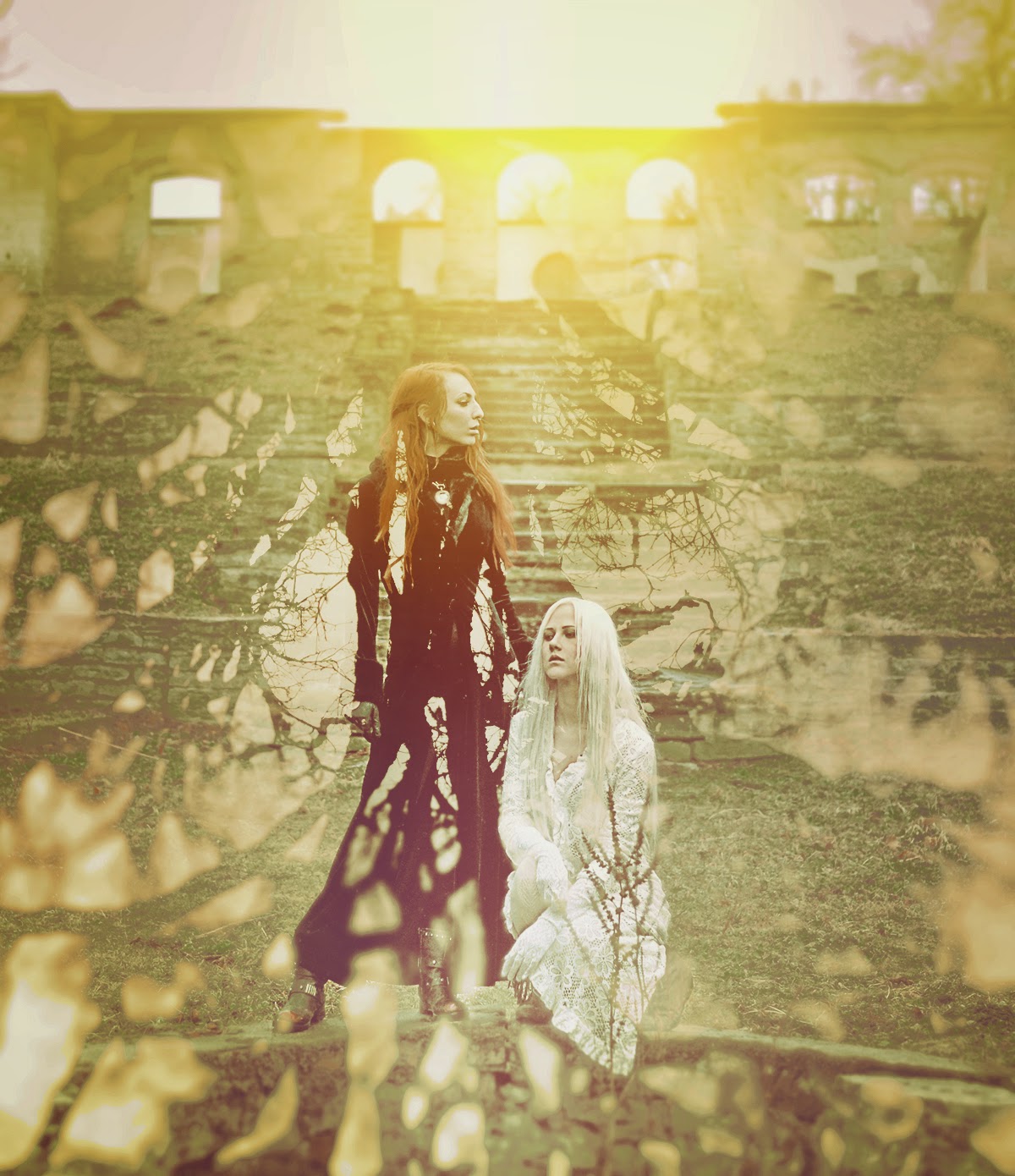 Just before leaving we shot a silly Mortal Kombat homage scene with Krete... And no, my theatrical clothes do not reflect my outfit of the day : ) 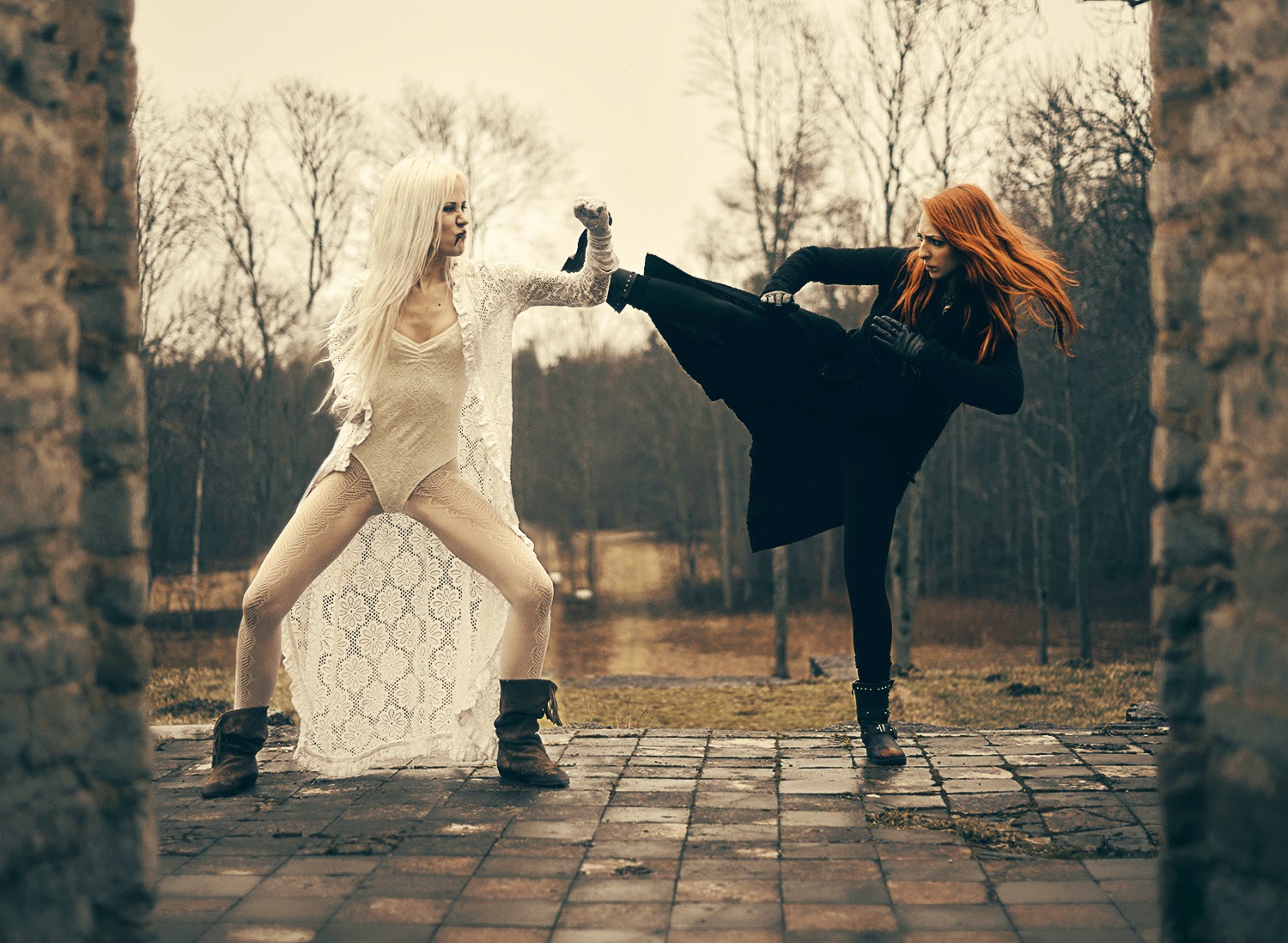